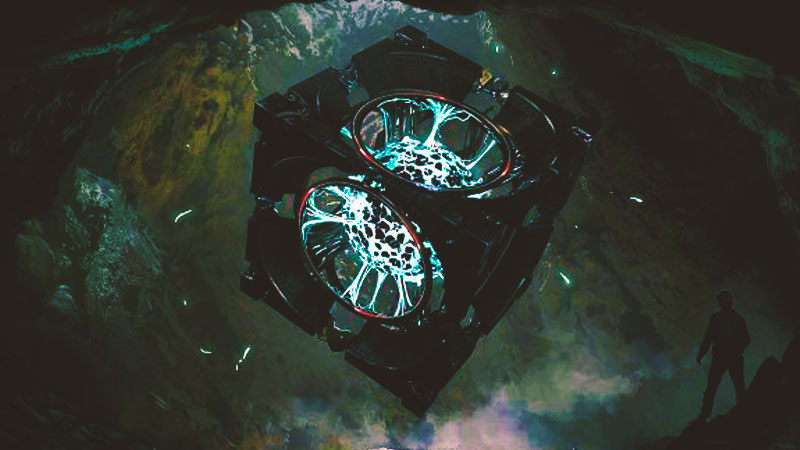 Dan Burisch is a PhD in microbiology and psychology who since 1986 has worked on top secret military projects in the United States.

In 1994, Dr. Burisch was transferred to Area 51, more precisely to the S-4 underground base, confirming the allegations made by Bob Lazar in 1989, where he began working on the “Aquarius Project”, engaging in research with spacecraft and extraterrestrial beings.

He also had access to information about beings called Orions, the Zeta Reticuli Star System, and a copy of President Eisenhower’s agreement with beings called P-50 and the Orions.

In a place called “Galileo Bay”, Dr. Burisch was able to see different types of spacecraft, including the UFO that crashed at Roswell in 1947.

According to Burisch, we have a misconception of aliens, he clarifies that aliens and extraterrestrials are not the same thing.

Extraterrestrials are beings from other planets and aliens are Earthlings, humans evolved for thousands of years coming from the future to solve certain problems.

According to Dr. Burisch, these JROD aliens suffer from a very serious disease and are here to try to find a cure. He claimed to have worked together with these beings for two years where he would have taken blood samples and performed tests and studies on these beings of the future.

He assures that the P-24 beings came to establish a friendly relationship and that in one of the face-to-face meetings, received messages transmitted telepathically with a great deal of information about the future of humanity and that a nuclear catastrophe was responsible for the destruction of two-thirds of humanity.

Part of the population hid underground to survive while others managed to stay on the surface, and in 24,000 years, the most advanced beings on Earth will develop the technology to travel back in time, and return to Roswell in 1947. Roswell’s rugged spacecraft was, in fact, a time machine that came not from another planet, but from the Earth of the future.

According to Colonel Philip Corso, who wrote the book “The Day After Roswell”, these beings who traveled in space-time have two brains, one of which serves to control the ships.

Other surviving groups of cataclysm evolved into colonies on the Moon on Mars and finally reached the Constellation of Orion, where P-52 beings come from, who, although terrestrial, colonized several star systems.

The P-45 beings would be the most cunning, and they wanted the nuclear catastrophe to happen in our future to justify its existence. They are responsible for most abductions and lack emotional empathy.

President Eisenhower met with these alien groups in 1954 to avert this nuclear catastrophe. At this meeting, there were diplomatic discussions between civilizations and an agreement was approved so that the P-45s could abduct human beings to study them.

The P-52 Orions gave President Eisenhower a cube of about seven centimeters that was a kind of historical record capable of showing what would happen in our future.

In 2005, Dr. Burisch became an effective member of the Majestic-12 group in the position of MJ-9, where he had access to information from the extraterrestrial human lineage and time travelers and worked on projects related to the “Stargate”, the “wormhole” portals built on Earth with extraterrestrial technology that allows travel to other star systems and teleportation of people and objects instantly.

According to Dr. Burisch, there were 50 of these “Stargate” on Earth, but the portals were neither stable nor reliable and many accidents occurred during the experiments and all the “Stargate” were disabled because they were considered the cause of the catastrophe that would occur to humanity.

The Legend of the “Flying Shields” of the Hopi Indians

The Hopi tell stories about "Flying Shields" that flew through the sky and were directed by deities in ancient times.