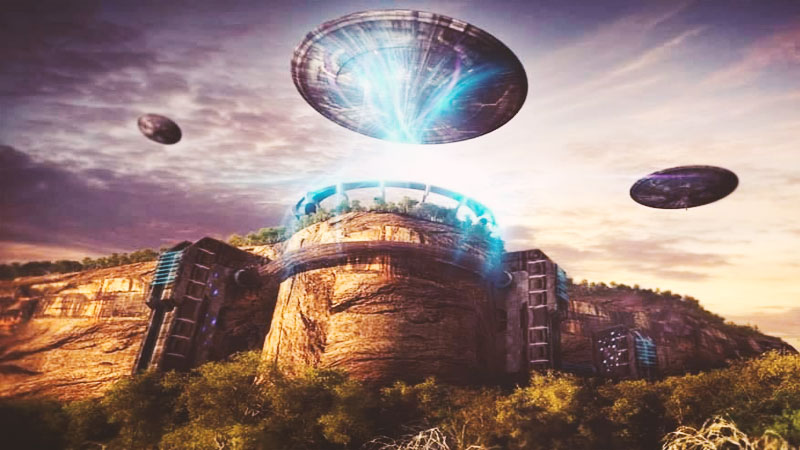 A team of astrobiologists and exogeologists found ancient petroglyphs on a mountain in Sri Lanka.

The code was discovered in the caves of Danigala Mountain, a place considered sacred and also known as the “Alien Mountain” because, according to locals, UFO sightings and other unexplained phenomena are constant there.

The location of Danigala synthesizes an abundant area with numerous geological and geomorphological formations, with exceptional characteristics of the geodiversity of the place from the Pre-Cambrian period until today.

As Dangiala’s location is abundant in environmental elements relevant to archaeology, astronomy, biodiversity and cultural elements, scholars consider the area a unique site in Sri Lanka.

According to Dr. Siran Deraniyagala, the first dwelling in the region around Danigala, has been dated to 125,000 BC by paleontologist Paulus Deraniyagala. But according to archaeologists and historians, the numerous symbols, letters and images in the caves in the region date back to a much older time, at least 300,000 years old, when this island was an area rich in hunting, and therefore attractive to the inhabitants of the Mesolithic Period.

The Danigala petroglyphs are similar to those found in the Edakkal caves in Kerala, India, and according to astrobiologists and exobiologists, these early drawings are closely related to astronomy.

As astrobiologist and geologist Aravinda Ravibhanu Sumanarathn, director of the Sri Lanka Astrobiology Research Unit, specialist in paleontological research on extraterrestrial life and author of the preliminary study of petroglyphs, explains: “For the first time in Sri Lanka, we found petroglyphs associated with the period Neolithic. This is the story of the lost petroglyphs of Danigala, the famous Alien Mountai, a somewhat sensational name, but which will soon show its reason.”

This archaeological discovery comes after another astronomical and geological survey, conducted by The Central Cultural Fund, found on the northwest slope of Danigala a large amount of petroglyphs with primitive images of people with weapons in their hands, anthropomorphic figures, peacocks, plants, dogs, stairs, arrows, bows and geometric patterns covering almost the entire space of the cave.

The researchers are of the opinion that the apparently random sets of geometric symbols are in fact an ancient code called “Bind Runes”, when two or more runes are connected or bound together, and may represent a lost language or an ancient system of astronomical count.

While these runes are comparable to those at other archaeological sites in the country, astrobiologist Sumanarathn explains: “This is the first time that this specific type of symbols has occurred. They are archaeoastronomical cultural vestiges of a past society. Some of the primitive religious practices and beliefs of the ancient cave dwellers still linger in ethnic societies, the meaning of which is never thought of, it is simply taken as a tradition.”

To date, this is the initial theory that researchers deal with, as petroglyphs have still been little studied.