Início English Could There Be a Civilization Prior to Ours in the Solar System? 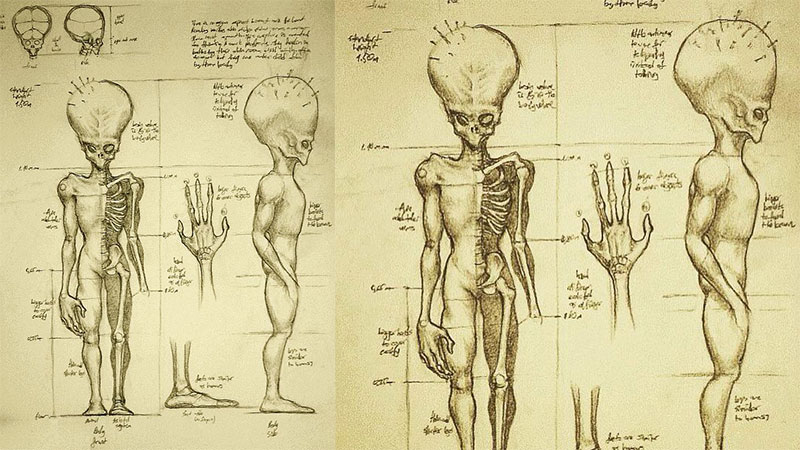 One of the most difficult questions for Astrobiology is whether there are, somewhere in our Solar System, remnants of some extinct form of life.

Some scientists such as astrophysicist Jason Wright of the University of Pennsylvania and a member of the Center for Exoplanets and Habitable Worlds even consider that a technological species may have existed in our planetary system at an time prior to the emergence of humans on Earth.

In 2016, Wright published an article discussing where the best place to look for the technological signs left by this civilization would be.

Other astronomers, however, have suggested the search for “beacons” on kuiper belt objects, which could serve as evidence of the existence of technologies and, therefore, of civilizations, extraterrestrials.

For Wright, the most obvious for the disappearance of a technological species prior to ours would be “a cataclysm, whether it’s a natural event, like an impact of an asteroid with an extinction capacity, or self-inflicted, as a global climate catastrophe.”

For the researcher, if we were talking about a species with space capabilities that would have settled in the Solar System, a single event would not have been enough to make it disappear.

Another possibility is that the settlements of this civilization were not completely self-sufficient and depended on supplies from abroad that, after the catastrophe, stopped arriving.

“Alternatively, if a nearby gamma-ray burst occurred unexpectedly, or a supernova could also produce a cataclysm that would affect the entire system”, Wright says.

From a strictly scientific point of view, says the researcher, it is perfectly reasonable to ask whether life existed in our planetary system, or if it still exists today.

The issue is increasingly becoming the main reason for space agencies like NASA.

Much of the research work, however, is focusing on the location of microbial life or, at best, lack of intelligence.

For Wright, technological artifacts, if they exist, would be much easier to find.

In fact, if ever a technological species before ours, perhaps space, appeared in the Solar System, this species could have produced artifacts or other technological signals that would have survived to this day.

Searching for these artifacts instead of microbes would be, for Wright, a potential way to solve once and for all the big issue of Astrobiology.

In the case of Venus, for example, the arrival of a global greenhouse effect and the possible restructuring of its surface could have erased all traces of previous life.

“Even on Earth, erosion and ultimately the movements of tectonic plates would have been able to erase all evidence of a civilization that emerged and developed a few million years ago”, Wright says.

Therefore, possible signs of technologies from civilizations prior to ours, which would be extremely ancient, could only be found in a limited number of places in the Solar System, such as under the surface of Mars, or the Moon, or any of the numerous bodies of the Outer Solar System.