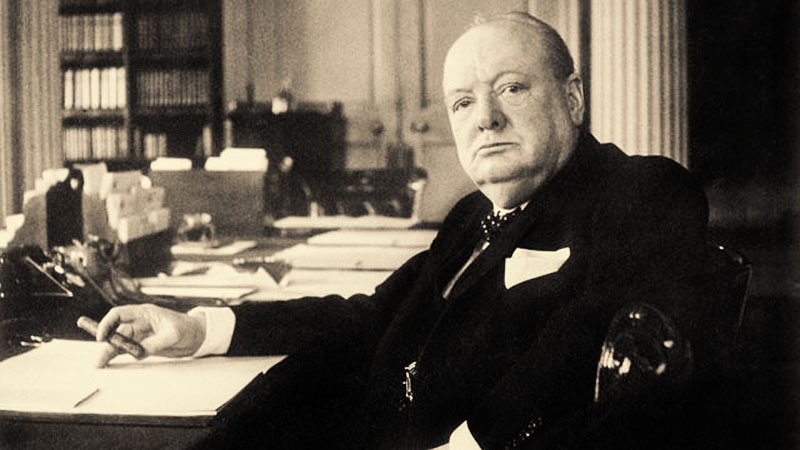 In addition to being a politician, historian and great orator, Winston Churchill understood a lot about science, and in an essay written months before the start of World War II that was never published, the British Prime Minister spoke of the vastness of space, the existence of millions of stars and their planets, and the conditions necessary for life.

Its title “Are we alone in the Universe?” it is a statement of human humility and at the same time shows Churchill’s great knowledge of astronomy and astrophysics.

The text, preserved by Churchill’s writing editor Emery Reves, was given to the America’s National Churchill Museum in 1980 and has been stored in a drawer until the museum director found it and showed it to Mario Livio.

The typed 11-page document “has an accessible and easy-to-read style as it was planned to be published in a newspaper”, says astrophysicist and writer Mario Livio, one of the few who could have it in own hands.

“Your knowledge of the subject is very good, although it is not perfect. He used a relatively old model for the formation of planets and did not have a good understanding of cosmic expansion, but the logical steps he takes are what is expected of a scientist”, Livio says.

Even if he makes a few mistakes, Churchill demonstrates to be up to date with the astrophysics of his time.

His idea of the formation of the planets, with the gas released by the encounter between two stars, was a theory postulated by the astrophysicist James Jeans that had repercussions for much of the 20th century.

Errors aside, Churchill’s essay on the existence of life beyond Earth is a very sharp analysis of the knowledge available at the time.

In addition, most of its content remains fully valid even 80 years later. Thus, its exposure part of the need for water for life to exist, and water is one of the clues followed by scientists looking for extraterrestrial life these days.

Another key element, as Churchill rightly wrote, was the planet’s ability to have and retain its atmosphere, which involves the intervention of a sufficient force of gravity.

These ideas, along with that about the distance of the planet from its star, are the fundamental aspects to define what is now known as Habitable Zone, the region in which a planet must be to have the necessary conditions to welcome life.

That’s why Churchill includes only Mars and Venus in this region and discards the other planets in the Solar System because they are too hot or too cold, and their different moons because of reduced gravity.

By the way of science, Churchill came to exoplanets, and although he did not use this term or that of extrasolar planets, he had made it clear that there are millions of stars in the universe and humbly stated: “I’m not so vailyst as to think that my sun is the only one with its family of planets.”

The same logic led him to think that many of these planets should be in the Habitable Zone, which led him to ask the question that gives the title to the essay: “Are we alone in the Universe?”.

“It seemed impossible for him to sustain that Earth was the only place in the universe with life,” says Livio, who published his analysis of the essay in the journal Nature.

However, when it comes to imagining what this life would be like, he doesn’t go into detail.

“Churchill merely believes that there are other intelligent civilizations,” adds astrophysicist Mario Livio.

But the one who a few months later would have to lead his country during World War II doubted, with a certain melancholy, that “we were the highest kind of physical and mental development that has ever emerged in the vast sphere of space and time.”