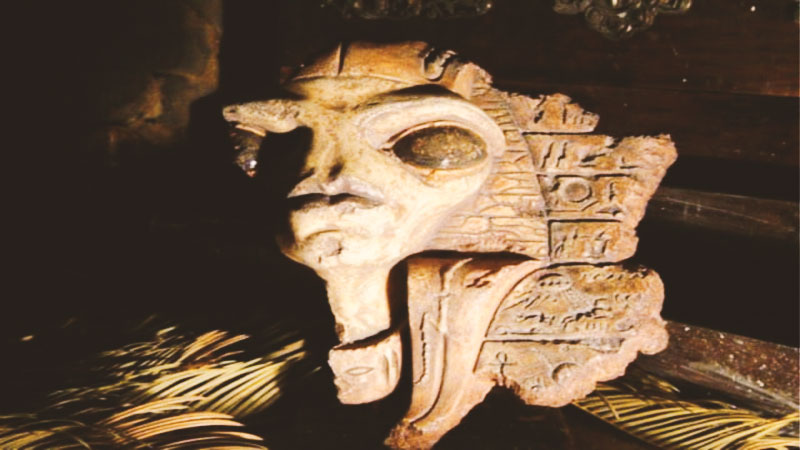 Cairo University professor of comparative genomics Stuart Fleischmann and his colleagues recently published the results of a seven-year analysis mapping the genomes of nine ancient Egyptian pharaohs. Their results, if proven accurate, have the power to rewrite the history books.

Fleischmann and his colleagues used a technique known as polymer chain reaction to preserve old DNA samples. This technique is often used in molecular biology to duplicate and amplify a single copy of a piece of DNA, giving researchers an accurate picture of the genetic structure.

Eight of the nine samples produced interesting but standardized results. Akhenaten, the most enigmatic of the pharaohs and father of Tutankhamun, was the owner of the ninth champion.

The DNA sample was collected from a small piece of brain tissue and the test was replicated using bone tissue with the same results and a gene called CXPAC-5, which controls the development of the cortex, was one of the responsible.

Due to the need to house a larger cortex, this increased activity in the Akhenaten genome suggests that it had a larger cranial capacity than normal.

It is not yet known what would have caused this mutation responsible for brain expansion, but this evidence may reveal an advanced technology for genetic manipulations that occurred 3,300 years ago.

“Extreme aging and extreme mutation are the only two mechanisms that reduce telomerase, a genetic enzyme. According to genetic and archaeological evidence, Akhenaten lived about 45 years. This is insufficient to absorb all chromosomal telomerase, leaving an inconvenient but plausible explanation. An electron microscope study showed signs of a nucleotide scar, which is a telling sign of healing of the DNA helix after exposure to strong mutagenic agents, supporting this hypothesis.”

These results indicate that it is possible that Akhenaten was genetically modified during his lifetime and gives credit to the idea that ancient aliens visited the civilization that flourished along the Nile, and this theory is supported by other intriguing evidence.

Below are two microscopic photographs of bones taken from Akhenaten’s skull and another mummy from the same period.

In the nanoscale, the bone on the left is much denser and radically different, presenting an increase in the resistance of skull bones, possibly for better brain development.

“To say the least, this is an exciting discovery. My team and I have sent articles for review and tested the samples so many times that we are sure the data is correct. I’m still not sure what the results mean, but I think they can at least take the scientific community in a direction that would have been ignored a few decades ago”, Fleischmann said.

If this study is correct, it can lead to a paradigm shift never before seen, and finding direct descendants of the royal line of ancient Egypt who still carry these strange genes of their ancestors would be the most significant element.