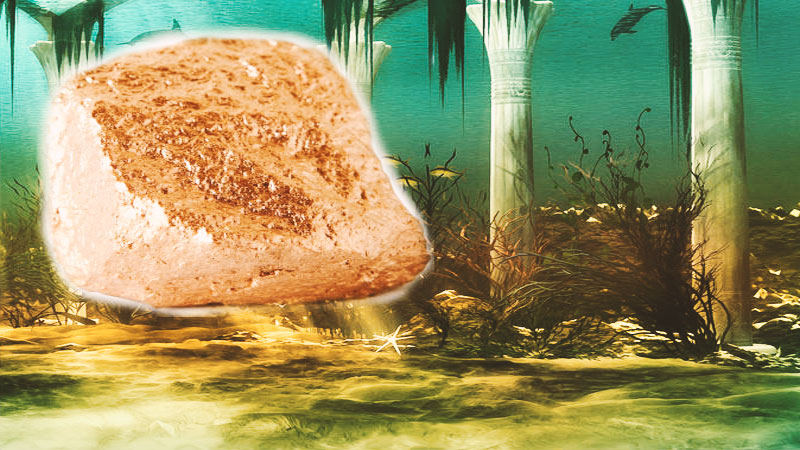 One of the great mysteries of our civilization is the disappearance of Atlantis that the Greek philosopher Plato mentioned in some of his works and today remains one of the most sought-after “Lost Cities” in history.

Legends suggest that Atlantis was a civilization that possessed a very advanced technology even for our time, and since it was first mentioned in Ancient Greece, it sought to determine its location, searching around the world, from the Mediterranean Sea, through the polar caps to the South Pacific.

No one knows the exact location of Atlantis, but Plato described that it was beyond the “Pillars of Hercules”, a reference to the Strait of Gibraltar in North Africa, and that its inhabitants conquered many parts of Western Europe and Africa 9,000 years before the Solon Era, that is, approximately 9,600 BC. After a failed attempt to invade Athens, Atlantis sank into the ocean “in a single day and night of misfortune.”

Orichalcum, the Metal of Atlantis

The Orichalcum has an ancient and mysterious history and, for centuries, experts have debated the composition and origin of the mysterious metal.

Most experts agree that Orichalcum is a brass-like copper alloy made by cementation, a process by which zinc, carbon and copper ores are combined.

According to ancient Greek texts, the Orichalcum was invented by Cadmus, a character from Greek mythology who would also have been responsible for the founding of Thebes and for bringing the Phoenician alphabet to Greece.

The Greek philosopher Plato mentioned the Orichalcum as a legendary metal and described the city of Atlantis as illuminated by its reddish glow: “The whole wall that skirted the outer most area was covered with a brass lining, and the next wall was covered with tin, and the third, which surrounded the citadel, shone with the red light of the orichalcum. Inside the temple the ceiling was ivory, curiously forged everywhere with gold and silver and orichalcum, and all other parts, the walls and pillars and floor, were coated with orichalcum”.

Plato also said that “the metal, losing only in value to gold, was extracted from Atlantis to cover all the surfaces of the Temple of Poseidon.”

The Metal Rescued from a Shipwreck

In 2015, off the southern coast of Sicily, near the town of Gela, a team of marine archaeologists recovered 39 Orichalcum ingots from a shipwreck about 2,600 years ago, and more recently, a second expedition to the wrecked ship returned with another 47 pieces of metal.

After the discovery of the shipwreck, sicilian authorities reported that the ingots were made of zinc, coal and copper, which corresponds to the old descriptions of the Orichalcum.

Professor and archaeologist Sebastiano Tusa said the ingots discovered in the wreckage of the wrecked ship were probably the mythical red metal known as Orichalcum.

Experts believe the ingots from Atlantis were being transported from Gela, south of Sicily, to Greece or Asia Minor, and the ship carrying the metal was likely caught in a major storm and sank.

“The shipwreck is from the first half of the 6th century to.C. and the ship was only 1,000 meters off the coast of Gela, at a depth of 3 meters. Nothing like this has ever been found. We knew about Orichalcum by ancient texts and some ornamental objects. The find confirms that a century after its foundation, in 689 BC, Gela grew into a city rich in workshops of artisans specialized in the production of precious artifacts”, said Tusa about the importance of the discovery.

According to the ancient Greeks, the Orichalcum was a metal that could only be found in one place: the lost city of Atlantis, which sank more than 11,000 years ago, but survivors of this cataclysm could have spread around the world, inhabiting the Mediterranean islands and bringing their knowledge of the manufacture of this mysterious metal.