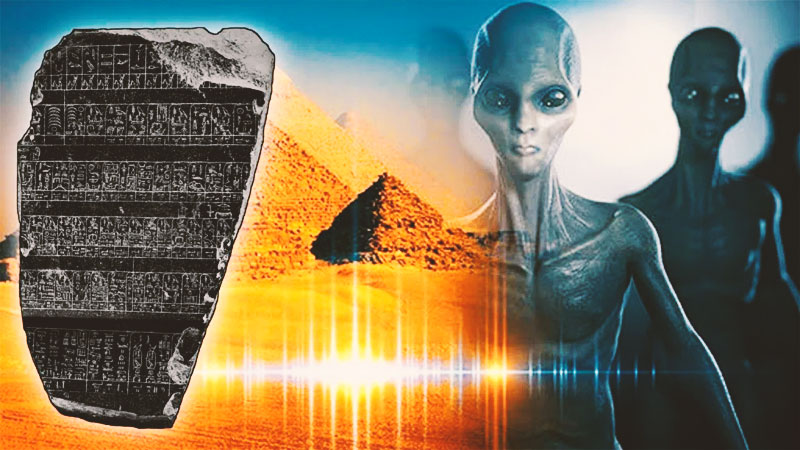 Around the world, scholars from Ancient Egypt have discovered artifacts that suggest that our history, as we know it, is not entirely true and may have been intentionally altered to conceal the truth.

When it comes to establishing the chronology of the different dynasties of kings that have ruled throughout the history of Ancient Egypt, we have a series of invaluable documents that assist experts in this difficult work that is still far from being completed satisfactorily.

One of the oldest documents known is the so-called “Palermo Stone”, of which there are seven fragments scattered in several museums.

Three of these fragments are in the Archaeological Museum of Palermo, Italy, three others are in the Cairo Museum in Egypt, and the seventh and final fragment is at the University of London in England.

The Palermo Stone is considered one of the fundamental sources for the investigation of Ancient Egypt and, although the exact date of creation of this magnificent piece remains unknown, it is believed to have been made during one of the earliest dynasties almost 5,000 years ago.

Among the information found in the Stone of Palermo, similar to other ancient documents with similar information, there is a list of the Kings before the first dynasties of Ancient Egypt and the respective pharaohs of the first five dynasties.

The most mysterious part of the Palermo Stone is where it mentions those mysterious kings who, according to their descriptions, were named by conventional archaeologists as “mythological beings”.

The text, written in hieroglyphics, mentions a list of 120 kings prior to the first dynasties, and who ruled in a period before Ancient Egypt was officially regarded as a civilization.

Strangely, the names of these enigmatic “ancient gods” or “mythological beings”, as mentioned in the Palermo Stone, are also mentioned in other more recent Egyptian documents.

The text is divided into three horizontal lines:

The top shows the name of the King of that period, in the middle are the striking events such as parties, cattle count and etc., and the underside indicates the highest annual level of flooding of the Nile River.

Unfortunately, the importance of the Palermo Stone was not immediately recognized.

Similarities with other old documents

There are many similarities between the Stone of Palermo, the Papyrus of Turin, dating from the reign of Ramses II and which mentions the names of the pharaohs who reigned in Ancient Egypt, preceded by the “gods” who ruled before the Pharaonic times, and the List of Sumerian Kings, a sumerian clay board dating from 1800 BC which lists the ten “kings who came down from heaven” and ruled for 432,000 years, from Creation to the Flood.

All three of these texts mention the “gods” who came to Earth and ruled for thousands of years.

In addition, the Palermo Stone also mentions, in more detail and extensive, everything that relates to the taxation of Ancient Egypt, as well as its ceremonies, the different levels of the Nile River, military formations and many other precise details of a rich culture.