Início English The Robots of Antiquity 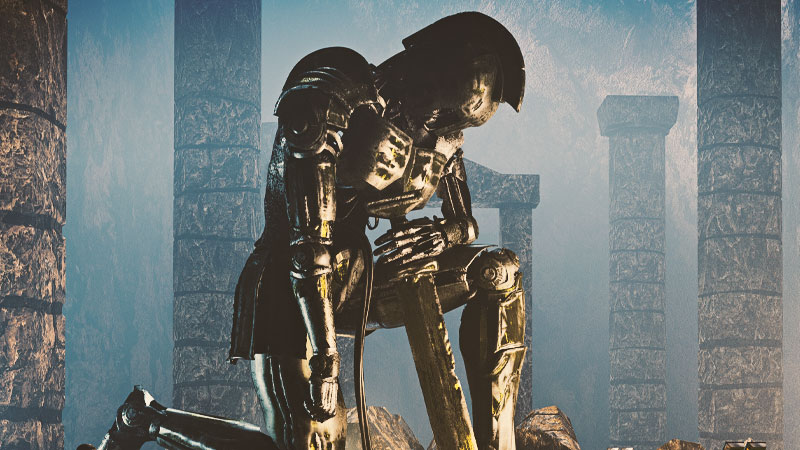 The concept of robotics is current and refers to the technological advances of our era, but there are stories about robots in antiquity that are very enigmatic and, it seems, humanity had already been introduced to artificial intelligence and dealt with machines long before anyone thought of the expression “science fiction”.

The creation of automaton beings is widely narrated in antiquity and depict the creation of fantastic beings, sometimes serving as protectors and others as perfect but soulless humans.

As implausible as it may seem, the descriptions of beings made in the image of man and capable of performing complex tasks date from long before Christ.

For Adrienne Mayor, a historian of science at Stanford University, the ancient Greek gods created not only human life, but also artificial life, making use of technology, tools and methods.

“The ideas of creating artificial lives and robots are very old, initially, these automaton devices were made and imagined by gods on Mount Olympus, far from the human kingdom. Therefore, they were benign, interesting and even fun and harmless. It turns out that when Hephaestus, the god of metallurgy, and Zeus, the king of the gods, began to send these robots to the mortal plane to interact with humans, we began to have a lot of chaos and destruction,” Mayor says.

But automatons not only appear in ancient Greek culture, several texts from Sumeria, China and India suggest that these cultures of the past were familiar with the concept of robots and artificial intelligence.

Humbaba, the Guardian of the Cedar Forest

The story arose, in writing, around 2,000 BC, but Gilgamesh is described as a sumerian king and the founder of the city of Uruk, who ruled the region around the year 2,700 BC.

The epic chronicles the adventures of the legendary sumerian hero along with his friend Enkidu in search of immortality, and as they traveled to the Cedar Forest on Mount Lebanon, Gilgamesh and Enkidu find and defeat Humbaba, a gigantic automaton with a lion-like face, who spat fire and was sent by the Anunnaki god Enlil to be the guardian of the forest , which is described as the “dwelling place of the gods”.

The famous Greek story of Jason and the Argonauts tells of an invulnerable bronze giant named Talos, who guarded the island of Crete.

His job was to circle the island three times a day and fend off unwanted visitors, throwing huge stones at their ships or if they managed to get ashore, Talos overcame his body, setting his enemies on fire.

Some sources cite that the creator of Talos was Zeus himself or one of the inventors, Hephaestus or Daedalo, by order of Zeus, as a gift to Minos, the king of Crete, to defend the island and its people. Other authors of antiquity tell that Talos was primarily a gift from Zeus to the Phoenician princess Europe, to protect her and her children and that she later gave it to Minos.

Talos had a single vein from his neck and down to his ankles that carried his vital blood, made of liquid metal, and on each ankle there was a screwed cap to prevent the liquid metal from leaking.

After protecting Crete for many years he was defeated by the Argonauts, according to some due to the magical arts of Medea that would have bewitched the bronze giant, persuading him to remove the ankle caps by letting the liquid metal leak, and second ly by an arrow fired by Peante at his only weak spot.

In ancient China, an intriguing account described in the Liezi texts from the 3rd century BC, talks about a life-size automaton capable of performing incredible activities such as singing, walking and that would have been built around the year 1,000 BC by engineer and craftsman Yan Shi as a gift to King Mu of Zhou:

The king observed the dazzled figure. It moved fast steps, moving it head up and down, causing everyone to mistake it for a real human being. The craftsman touched its chin, and the figure then began to sing perfectly. He touched its hand, and the machine began to pose, maintaining a perfect rhythm between the two tasks. As the performance neared its end, the robot winked at its eye and flirted with the young women in the audience. At this point, the king became unworthy and would have executed Yan Shi immediately, if he, in mortal fear, had not instantly dismantled the robot to show what it really was. The machine proved to be nothing but a junction of leather, wood, glue and laque, colored in blue, white red and black. Examining in detail, the king found complete internal organs, liver, heart, kidneys, lungs, stomach and intestines and around them, muscles, bones and limbs with its joints, teeth, skin and hair, all artificial. The king then withdrew his heart and saw that his mouth could no longer speak; withdrew its liver and saw that the eyes could no longer see; he removed its kidneys and saw that its legs were no longer moved. The king thus was delighted.“

Other similar Chinese reports on automatons with ability to fly were written in the 5th century BC by the philosopher Mozi and his contemporary Lu Ban, who would have designed artificial wooden birds that could effectively fly, according to the Han Fei Zi and other texts.

The Guards of Ajatasatru

Technological wonders, such as flying carriages and animated entities, also often appear in the Vedas, hindu sacred epics, and one of India’s most enigmatic narratives tells of the robots that protected buddha’s relics.

The story takes place at the time of King Ajatasatru, who reigned from 492 to 460 BC and was known for developing new military inventions such as powerful catapults and a mechanized war chariot with rotating blades.

When Buddha died, King Ajatasatru was tasked with defending his precious remains and hid them in an underground chamber near Pataliputta in northeastern India. The chamber was protected by the “guards of Ajatasatru” who were extraordinary mechanical creatures.

In India, automatons or mechanical beings were creations of Visvakarman, the Hindu engineer god, could move on their own and were called in Sanskrit “bhuta vahana yanta” or “spiritual movement machines”.

According to history, it was predicted that Ajatasatru’s guards would remain in service until a future king distributed buddha’s relics throughout the kingdom.

Two centuries later, King Asoka ruled the mighty Mauryan Empire at Pataliputta between the years 273 and 232 BC and built many temples to consecrate buddha’s hidden relics in his vast kingdom, searching for them until he discovered the underground chamber guarded by the dhimsive Android warriors. Then violent battles took place between Asoka and the robots.

In one version, the god Visvakarman helped Asoka defeat them by throwing arrows at the bolts that held the rotating buildings together. In another story, the son of the old engineer who built the robots explained how to disable and control mechanical beings.

Born in Italy in 1452, Leonardo da Vinci was one of the most important figures of the Renaissance, dedicating himself to studies in various fields of art and knowledge at a time when intense transformations were taking place that guided the world towards modernity.

It is what one might call genius, standing out as a scientist, mathematician, engineer, inventor, anatomist, painter, sculptor, architect, botanist, poet and musician.

Among the inventor’s countless designs, ranging from the first model of bicycle to the parade and other flying machines, is also the incredible figure of a humanoide automaton.

Da Vinci’s robot was a knight’s armor, with mechanisms that allowed him to move around like a real person and was built, in practice, with weights, gears and pulleys, the armor simulated a knight capable of sitting, walking, moving his head and even lifting his own viewfinder.

The connection between Japan and robots is much older than you might think.

The first automated beings built in the country date back to the Edo Period, between the 17th and 19th centuries, and basically served as entertainment for guests, but some of the models were much more complex and even capable of serving tea.

The construction was a mixture of wood, ropes and gears, in an adaptation of western inventions for the creation of watches.