Início English The Hidden Power of the Pyramids 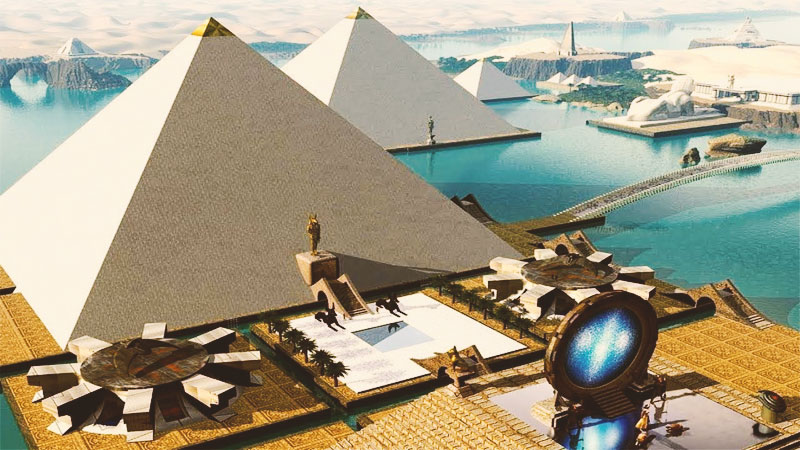 Although egyptian pyramids tend to receive most of the attention devoted to this subject, many other sets of pyramids around the world have qualities that deserve their own prominence.

Its mysterious energy potential and unexplained phenomena caused both the laity and pyramid experts to be intrigued by the large structures and build their own sets in the hope of finding out more about the possibilities of the pyramids.

For those who believe in the power of pyramids, they are a source of profound biological and, in some cases, spiritual effects, much like the ancient Egyptians, who had similar ideas about the healing powers of the pyramids.

Although the benefits of pyramid power have not been proven through traditional scientific methods, some believe that pyramids can have many positive effects such as improving sleep, libido, improving meditation and speeding up healing processes.

Others examined the interaction between pyramids and energy and questioned how the construction of pyramids can impact other elements of human experience such as consciousness, matter, and the force of gravity.

These researchers and pyramid enthusiasts postulate that the shape of pyramids can have effects on the structure of atoms within the objects inside the pyramids and therefore a profound impact on human experience.

The Pyramids of Russia

One of these pyramid researchers is ukrainian contractor Alexander Golod, who has been examining pyramids in an innovative way since 1990.

Golod’s research into the powers of the pyramids led him to build and install 17 fiberglass pyramids throughout Russia, which attracted the attention and visit of tourists and other stakeholders, the most notable of which is 50 meters high and is located in the city of Ostashkov, Russia.

Visitors have mixed opinions on the veracity of the statements made about the effects of the pyramids, with some reporting increased healing and others noting any effect, but Alexander Golod, who has led many studies on the effects of pyramids in different environments and situations, claims that they have the power to eliminate viruses, treat cancer and increase the electrical resistance of carbon.

After a series of studies, Golod found that the presence of the pyramid had some notable effects, including the activation of the immune system, the increase in agricultural yield of 30 to 100% and the decrease in the effects of pathogens and radioactive material.

Other results of their tests, using military radars, indicated large amounts of ionizing radiation coming from the tip of the pyramids.

Organizations such as the International Partnership for Pyramid Research and Pyramid of Life continue to work for the advancement, research and dissemination of pyramids around the world.

Pyramid of Life, a Canadian organization, has gone a step further, taking this research to “develop and market products that harmonize space, bring vital energy, and help people adapt to various environmental conditions.”

They feature products such as mini pyramids and crystal pyramids, and claim that each of these products has several benefits for the user, including space harmonization, neutralization of electromagnetic radiation, stress reduction and deceleration of the aging process.

Interest and research into the powers and technology of pyramids have extended beyond more formal research reaching ordinary people, with some individuals even dedicating themselves to teaching others how to build their own pyramids at home.

These homemade pyramids can be built with basic materials such as wood, copper and wire, and can be used to test the effects of the pyramid on plants and the environment, and depending on your level of interest in the fascinating world of pyramids, you may find it interesting to explore more of Golod’s research and the potential impact of pyramids on the modern world.