Início English The UFO of Nazca 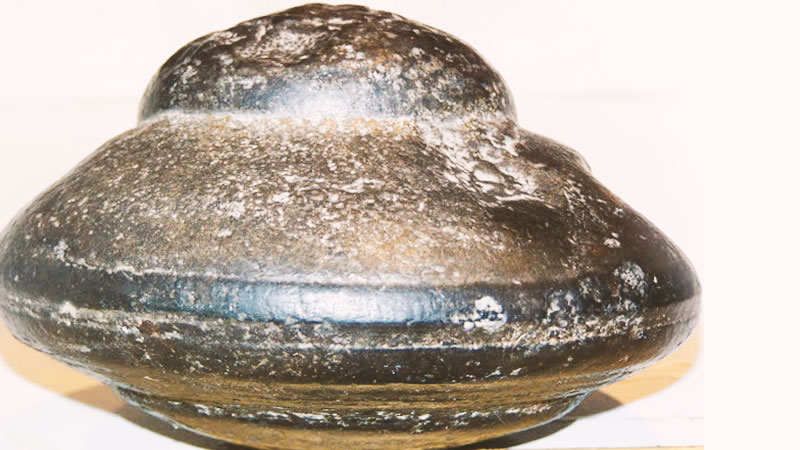 Nazca is a region located in south-central Peru, 450 km south of the city of Lima, in a narrow valley and contains many finds and mysteries, including the famous Nasca Lines.

Now, a new discovery can be added to the list, is the UFO Rock of Nazca.

This strange Flying Saucer-shaped rock was found in Peru’s Nazca Desert in 1960, and its surface is filled with carved symbols similar to those in the Nazca Lines.

Although some of the engraved symbols have worn out over time, it can be observed that there is a spiral, a spider, a face, a crocodile and six aligned circles.

The rock has a neglected appearance, which would indicate, without an analysis, that it may be much older than one thinks.

Some researchers who have had contact with Nazca Rock have estimated her age at about 800 years, while others say she is at least 1500 years old.

The current owners of the rock claim that they could not make an analysis of it, since they could not get a laboratory or university to take care of it, because its obvious alien nature, which causes rejection by these institutions.

It has not yet been possible to establish what material the intriguing artifact would be made of, as it has a weight that does not correspond to its size. The rock is 18 cm diameter and 12 cm high and weighs just over 3 kg.

Fortunately, the rock was not cleaned or restored, as the owner wisely chose not to do so to preserve its intact features.

As we can see, we are faced with an important vestige for history and ufology in Peru.

However, before issuing verdicts, it is important to make a detailed analysis of the rock and have access to this evidence, in order to obtain results and answers.