Início English The Giants of America 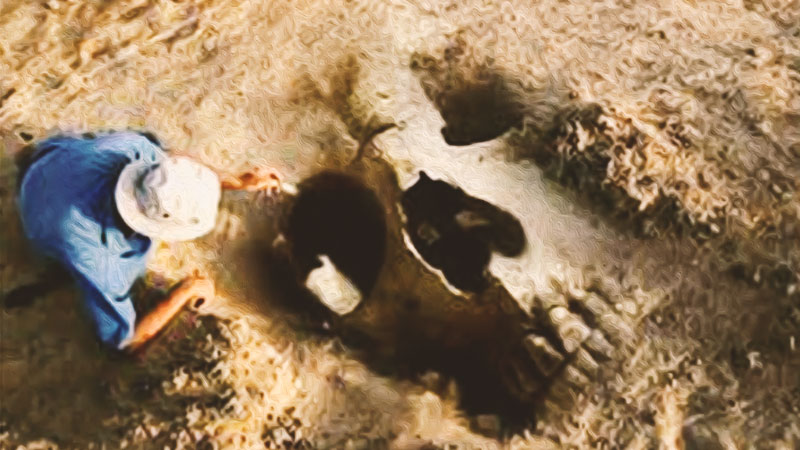 Gigantism and acromegaly are rare disorders caused by an overactive pituitary, which releases a lot of growth hormone and affects about 3 people per million, but it is surprising how often giants are mentioned in the Bible, ancient Greek and Norse mythologies, and especially in American legends.

The Vatican Codex A, a 101-page book with accounts of Europeans from the time of Spanish colonization, contains engravings and stories of the Aztec people capturing a giant humanoide they called Quinametzin.

Other Aztec accounts translated after the arrival of the Spaniards, talk about a hero, a giant named Tzilacatzin, and when the conquerors first entered Tenochtitlan, the capital of the Aztec Empire, the giant Tzilacatzin threw three huge stones, which they said were used to build the walls, causing the Spaniards to flee.

According to Horatio Bardwell Cushman’s book “History of the Choctaw, Chickasaw and Natchez Indians”, the term “nahullo”, used to describe white men, had initially emerged to name a race of giants that rivaled the natives.

Similarly, the Comanches reported that there were white men three meters tall in the region in the past. The legend finds parallels in different Native American mythologies, but also appears in tales of Latin America.

Between 1519 and 1522, the portugues explorer Ferdinand Magellan, during his journey around the world, was taken to a distant land in the far south of South America, where his expedition came across an unbelievable sight.

According to reports of the expedition, as they approached the Patagonian coast, Spanish navigators witnessed a creature of enormous stature dancing and jumping naked on the beach while throwing dust at his head.

“Captain Magellan sent one of our men to the giant so that he could perform the same actions as a sign of peace. Once that was done, the man took the giant to an islet where the captain was waiting. When the giant was in the presence of the captain and in our presence, he was very amazed and made signs with a finger up, believing that we had come from heaven. He was so tall that we only got to his waist and he was well proportioned.”

The explorers gave food and drink to this huge creature, and noticed that the giant was absolutely terrified when he saw a mirror. Magellan and his men made contact with the rest of the creature’s tribe, and were slowly gaining the trust of the giants and even eating and hunting with them.

According to the explorers’ account, two of the giants were allegedly captured, but did not survive the long journey back to Spain.

In 1579, Francis Fletcher also wrote about these giants, saying that they were about 3 meters tall. In the 1590s, explorer Anthonie Knivet claimed that during his time in Patagonia he had seen some corpses of the giants that were estimated to be about 3.6 meters high.

Another English explorer, William Adams, claimed that his expedition was attacked by giant natives while skirting The Land of Fire.

In 1615, Dutch navigators Willem Schouten and Jacob Le Maire claimed to have found a mysterious grave that was full of bones and remains of strange beings that were about 3.3 meters tall, and in 1766, the account of the comodor John Byron said that he had found a tribe of huge natives in Patagonia that measured between 2.4 meters and 3.6 meters high.

Giants of the Amazon

The stories of Amazonian giants have been known since the first anthropologists made contact with the Amazonian tribes more than a hundred years ago.

In 2013, British anthropologist Russel Dement found in Ecuador a dozen skeletons 2 to 3 meters high dating from the 1400s to 1500, and at a second location about thirty kilometers away, on Ecuador’s border with Peru, two more skeletons dating from 1550 were found.

Russel Dement said he heard about the existence of a race of Amazon ian giants more than 25 years ago while studying the Shuar and Achuar indigenous communities in the Amazon.

The elders of these communities told a story about very tall, light-skinned people who lived nearby. They described them as peaceful and kind people who have always been welcome in their villages.

Dement reported that two of the giant skeletons were sent for analysis at the University of Freie in Berlin, which funded excavation and research work, while the other skeletons remained in Ecuador.

A preliminary study indicated that all bodies were relatively healthy and show no signs of growth hormone problems, common in most cases of gigantism.

“In all skeletons, the joints looked healthy and the pulmonary cavities were large. One of the skeletons was of a woman who was at least 60 years old when she died, much older than the typical case of gigantism”, the anthropologist said.