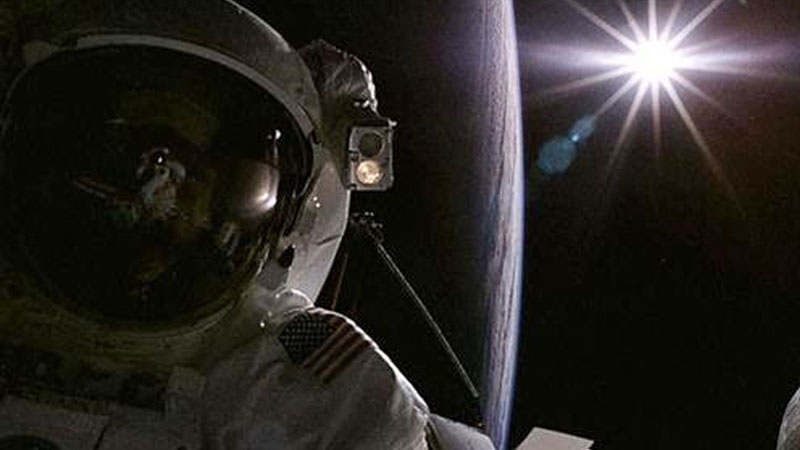 Franklin Story Musgrave is an American doctor and former astronaut, veteran of six space missions between 1983 and 1996, the last of them at age 61, the only astronaut to fly all five space shuttles ever built and the last astronaut of the Apollo era to leave service.

Musgrave joined the United States Marine Corps at age eighteen in 1953 after attending two high schools in massachusetts, his home state. In the Marines, he worked as an aviation electrician and instrumentation technician, serving in Korea, Japan and Hawaii, and in the Far East, as chief of aircraft support crew on the aircraft carrier USS Wasp.

Still in the Navy, he graduated as a pilot and accumulated more than 17,700 flight hours in 160 types of civil and military aircraft. In addition, he was a paratrooper with more than 500 free jumps during his military service, more than 100 of them experimental, involving the study of human aerodynamics.

As a doctor, he devoted himself to aerospace and cardiovascular medicine, an area in which, in addition to teaching, he developed several researches. In the profession, even though he was already connected to NASA, he clinically practiceed during the 1960s and 1970s in several hospitals and universities.

Musgrave joined NASA in 1967 during the Apollo Program as an astronaut-scientist at age 32 and worked on the development of the next program, Skylab, being the ground flight control communicator (CAPCOM) of the program’s second and third missions in the mid-1970s. He also participated in the creation and development of all equipment for extra-vehicular activities of the Space Shuttle Program, including clothes for external work, life support systems and autonomous units of human movement in space. As an astronaut, he would perform several spacewalks using the material he helped develop.

His first space trip was on April 4, 1983, on STS-6, the challenger’s first flight. On this mission, he and astronaut Donald Peterson were the first to test new spacesuits for vacuum work and the first to perform extra-vehicular activities in the Space Shuttle Program.

On July 29, 1985, on the STS-51 Challenger, a science experiment mission with Spacelab, Musgrave went back into space and served as a systems engineer during launch and re-entry and as a pilot during orbiting operations.

The third mission was the STS-33 Discovery, launched on the night of November 22, 1989 from Cape Kennedy in Florida, was a five-day mission that led to undisclosed space charges from the United States Department of Defense.

Two years later, in November 1991, he returned to space on STS-44 Atlantis, which orbited satellites of the defense program, experimented with radiation, and conducted numerous medical tests to study human behavior on long-term space shuttle missions.

Its fifth mission, the STS-61 Endeavour, was the first voyage for maintenance and repairs of the Hubble space telescope. During the eleven-day mission, in which Musgrave conducted three spacewalks working between the spacecraft and the telescope, Hubble was completely restored to its total work and observation capabilities.

His sixth and final mission, at age 61, was in November 1996, on the Columbia ship’s STS-80, when he completed space missions on all five built space launchers. On the occasion Musgrave became the oldest man in space, breaking the previous record of astronaut Vance Brand.

On this mission, during re-entry and landing, Musgrave stayed in the ship’s cockpit with a handheld camera pointed out of Columbia windows, and was able to record plasma waves running around the ship’s fuselage during speed re-entry into Earth’s high atmosphere, being the first astronaut to see them firsthand.

With his six full space missions, he amassed a total of 1,282 hours in space.

Musgrave left NASA in 1997 and has since made appearances and gave several testimonials in television documentaries about the Space Age and NASA’s present and future missions as one of the most experienced astronauts in history.

The Flying Saucer of the STS-80 Mission

In 1996, the Space Shuttle Columbia’s STS-80 mission made the longest flight in the history of this vehicle, carrying a crew of five astronauts for 17 days, 15 hours and 53 minutes into Earth orbit. During this long flight a very strange event happened to the crew member.

The Space Shuttle was approximately 190 nautical miles high, in orbit. The disc was first observed, appearing out of nowhere, flew below the clouds and from right to left. The astronauts looked in amazement. The outer edge of the ship seemed to be spinning clockwise. It was very large, compared to space junk or pieces of ice, approximately 30 meters in diameter.

Astronaut Dr. Musgrave, a payload specialist for the STS-80 Mission, was interviewed after the flight. When he saw a video of the incident that showed lightning in the atmosphere, lights from the city of Denver, Colorado, and other earthly visions, he stated:

“I don’t know if it was space debris, ice particles, I don’t know. But it’s the hallmark of the thousands of things I’ve seen. What’s not so characteristic is what seemed out of nowhere. You might think you’re seeing the dark side or a side that’s not reflecting the sun, you’d definitely see something there. It’s really impressive.”

During a previous interview, Dr. Musgrave stated that he tried to communicate with extraterrestrial life forms during each of his six missions and asked him to take him along with them.

Dr. Musgrave retired after this NASA flight and has since given his opinion on the existence of alien life.

When Musgrave talks about it, it’s no surprise, for those who admit to having knowledge of alien life. In his recent presentations on astronomy, when at the end of the lecture appears a slide with an ET “Grey”, Dr. Musgrave, makes this surprising comment: “These guys are real, I assure you!”.