Início English Could Stargates Exist on Earth and in Space? 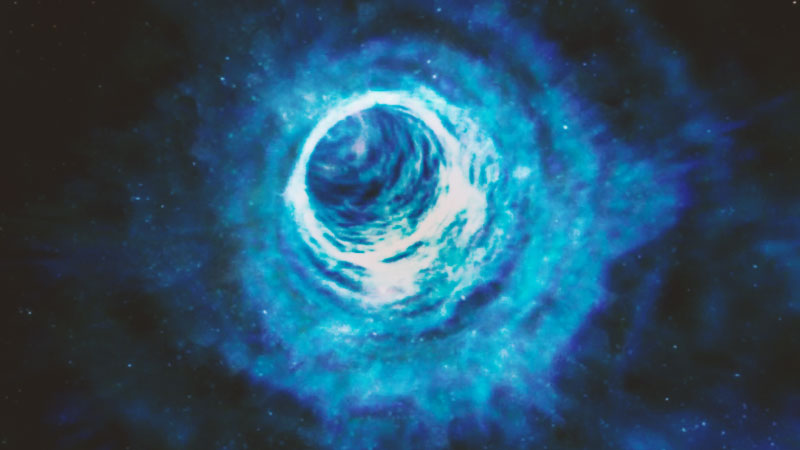 In space, these portals are found where the distant geomagnetic field collides with the solar wind and the result is a direct path between Earth and the Sun.

In March 2015, NASA launched its Magnetospheric Multiscale Mission (MMS) to study these portals and gain a deeper understanding of them.

Most of these portals are small and short-lived, although others have been observed for a sustained duration, opening and closing several times during the day, where magnetic forces mix together, allowing their energy particles to flow between Earth and the Sun.

The Bermuda Triangle is the most famous stargate on Earth.

Spanning three vertices, it is a large area located in the Atlantic Ocean that stretches between Puerto Rico, the Island of Bermuda and Florida.

The first recorded incident took place in 1840, when a French vessel was found months after its disappearance, sailing with its sails retracted and its cargo intact, but without traces of its crew.

In the late 1940s, the Bermuda Triangle was considered a mysterious area in which ships and aircrafts disappeared without any plausible explanation from the government or the military.

Other common phenomena in the area are the malfunction of electrical equipment and compasses and strange temporal anomalies experienced by some pilots.

The Philadelphia Experiment was a US Navy project to develop an electromagnetic “invisibility cloak” for its warships, preventing them from being detected by enemies.

Tests began in 1943 on the USS Eldridge and were largely successful. Some witnesses claim to have seen a green mist envelop the USS Eldridge before it disappeared for several hours, during which it would have traveled through time and space and then rematerialized.

Simultaneously, sailors at Naval Base Norfolk, Virginia, 375 miles away from the experiment, reported the sudden appearance of the USS Eldridge for several minutes before it disappeared again.

This US government-funded research project sought to further substantiate data on magnetic fields and their physiological effects by being an extension of the Philadelphia Experiment.

Several experiments were conducted by the Montauk Project, including the creation of a dimensional portal that allowed researchers to instantly travel to distant locations.

According to reports, the researchers would also have carried out psychic experiments with the materialization of objects, teleportation and the creation of black holes, developed methods of brain reprogramming and a time tunnel in which they would have made contact with alien beings.

The flying carpet is an ancient legendary object used as a means of air transport.

There are many questions surrounding the mystery of the UFO phenomenon, and so far, the origin or intentions of these strange visitors that fly...

Researchers discover the ruins of what may be a 6,000-year-old city submerged in the waters off Cuba's west coast.