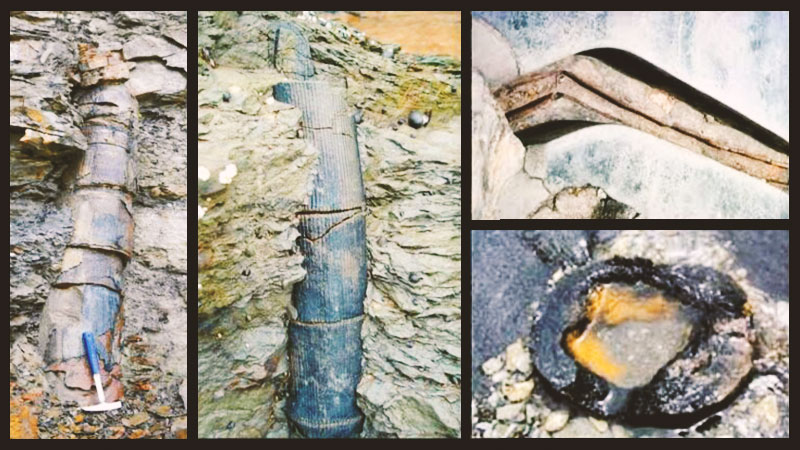 OOPART is the term used to describe Out of Place Artifacts, such as the dozens of prehistoric objects found around the world that appear to present an incongruous level of technological advancement with the time they were made.

These strange artifacts often frustrate mainstream scientists and delight researchers who are open to alternative theories and provoke debate.

An example of OOPART is found in the Chinese province of Qinghai, near Mount Baigong, where there is a pyramid and three caves filled with pipes that lead to a nearby saltwater lake, although there is a freshwater lake nearby.

The tubes were also found on the shores and under the lake bed, they are made of iron and vary in size, but the strangest thing is that these mysterious objects could be around 150,000 years old.

The surrounding landscape is littered with oddly shaped boulders and rocks that protrude from the ground like broken pillars.

The Beijing Institute of Geology dated the pipe using a technique called thermoluminescence, which determines how long ago the crystalline mineral was exposed to sunlight or heated, and the result was that these iron pipes were smelted about 150,000 years ago.

Liu Shaolin, the engineer who did the analysis, said: “This result made the site even more mysterious. Life is hard here. There are no residents or modern industry in the area, just a few migrant herders north of the mountains.”

To add to the mystery, Zheng Jiandong, a geology researcher at the China Earthquake Administration, told the state-run People’s Daily newspaper that some of the tubes were highly radioactive.

Humans are believed to have inhabited the region only in the last 30,000 years, and even within the known history of the site, the only humans in that region were nomads, whose lifestyle would not leave such structures behind.

Some researchers have tried to explain the tubes as a natural phenomenon, such as iron-rich magma that could have risen from the depths of the Earth, bringing the iron into fissures where it would solidify into tubes, or iron sediments that could have entered the fissures, carried away by water during floods.

Another theory is that an unknown prehistoric civilization with “lost” techniques could be responsible for the constructions.

For researcher Yang Ji, from the Chinese Academy of Social Sciences, the pyramid could only have been built by intelligent beings. He does not rule out the Ancient Astronaut Theory that extraterrestrials could be responsible for the enigmatic constructions, saying that this theory is “understandable and worth investigating, but scientific means must be employed to prove whether it is true or not”.