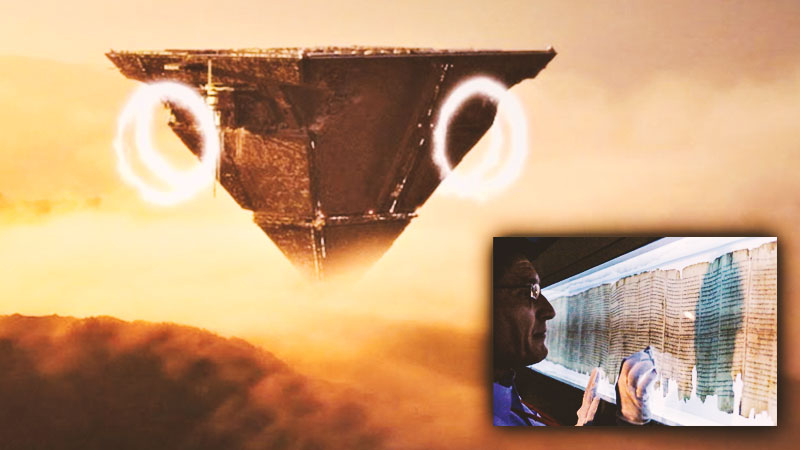 The Dead Sea Scrolls were found in the Qumran Caves in the West Bank in the late 1940s and comprise a collection of hundreds of texts and fragments of the Bible and other apocryphal texts that are not, or have been removed, from the holy scriptures.

The texts were compiled by the Essene people, who lived in Qumran, on the shores of the Dead Sea, between 150 BC and 68 CE, when their settlement was destroyed.

Approximately 930 fragments of manuscripts, written in Coptic, Hebrew, Aramaic and Greek, were found in eleven caves in the region and offered scholars another look at the past, shedding a different light on the Abrahamic religions.

The latest of these findings came after experts analyzed a fragment of the Dead Sea Scrolls using different wavelengths and light with a resolution 28 times greater than standard scanning.

The translation of this part of the text revealed that Noah’s Ark would have the shape of a pyramid.

Scientists could not read one of the words that made up the sentence about the height of the ark, however, thanks to high technology, they discovered that the missing word was “ne’esefet”.

Dr. Alexey Yuditsky, from the Hebrew University of Jerusalem, says that the translation of this word is “gathered”, which in context means that the “ribs” of the ark were put together at the top to form a kind of pyramid.

Yuditsky is convinced that the discovery is supported by earlier findings and has claimed that the Septuagint, a Greek translation of the Bible dating from the 3rd century BC, also describes Noah’s Ark in the shape of a Pyramid and other medieval authors such as Maimonides also wrote the same thing.

This discovery led to the belief that Noah could have been a pharaoh or an important member of Egyptian royalty, who left Egypt to build the Ark, after his warnings about the flood were discredited by his people.

The pyramids were a sign of high position in Ancient Egypt and some passages from the Dead Sea Scrolls, as well as other ancient texts, have already suggested that Enoch, great-grandfather of Noah, also known by the names of Surid, Hermes Trismegistus and Idris, could have been the builder of the Great Pyramid of Giza in antediluvian times and reigned over all people for 243 years.