Início English The Importance of Gold to the Anunnaki 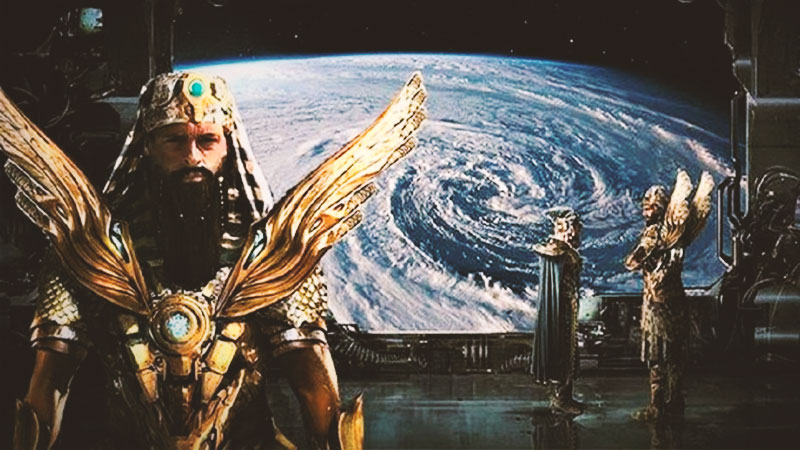 Gold is one of the most important and valuable resources on our planet. It is used in almost everything that has to do with electricity, such as electrical components and conductors. Its malleability and ability to turn it into wires and very small shapes like nanoparticles makes it an incredible technological resource for any kind of intelligent life form.

This precious metal can also be used as an energy source through properties called thermoelectric effects, which can receive heat and turn it directly into electricity, and get clean and efficient energy.

Gold also interacts with infrared light, making it a good heat shield, able to reflect and protect against heat, besides being the only metal that has proven to last to the test of time, being practically indestructible.

Researcher Zecharia Sitchin theorized that the Anunnaki came from another planet in our solar system, called Nibiru, which has an elliptical orbit of 3,600 years.

The minerals and resources of the planet Nibiru were running out, specifically gold, and the Anunnaki needed it to protect its fading atmosphere, so they came to Earth to mine gold and take it back to their home planet.

According to Sitchin’s translations of the Sumerian tablets that tell the story of the Anunnaki, during the reign of Enshar, the sixth king descending from AN, Nibiru’s atmosphere became rarer, as the protective shield diminished, and the Council of Scholars suggested using gold, which could be turned into dust and scattered across the sky to seal the breach in the atmosphere. So Enki was sent to Earth to find out if there was enough gold to send miners.

Creation of the Human Race

According to Ancient Astronaut theory, the Anunnaki genetically altered primitive humanity and created a workforce that allowed them to extract gold more quickly.

According to Zecharia Sitchin, the “Adamu” were the first modern humans created by the Anunnaki 450,000 years ago when they genetically mixed their DNA with that of prehistoric man, causing the intellect of these primitive hominids to increase enough to understand a language and follow the orders of the Anunnaki.

Closer comparations between the Bible and the Sumerian texts reveal many similarities, it is possible that Adam and Eve were the first genetically altered humans that the Anunnaki created. In Hebrew “Adam” means “man” and “Adamu” is the term the Sumerians used for “First Man”.

Some African cultures believe that extraterrestrial beings visited Earth tens of thousands of years ago, and Zulu legends from southern Africa speak of a time when “visitors from the stars” came to excavate gold and other natural resources.

These mines were worked by slaves created by the “First Peoples”, and several archaeological discoveries point out that some ancient mines in Southern Africa are 100,000 years old or possibly even more.